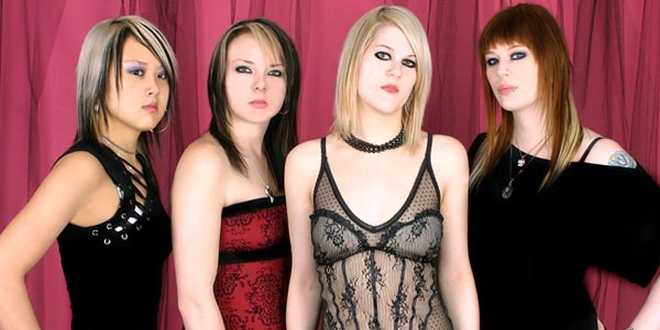 The name, as explained by Morgan Lander, came when they were thinking of names to call the band before their first show. They had decided that they wanted something completely contradictory to what the band and the sound of the band was. They chose Kittie because it was something totally unexpected, something that sounded weak, so that when you heard the band for the first time, it would be a total shock. There were a few other pussy sounding names…Like Swan or Swansong (which is what Morgan recalls really wanting to call the band)…But Kittie was chosen, and the rest is history.

Four teenage girls with a love of heavy metal, a desire to prove naysayers wrong, and a passion to rock formed the hard-sounding metal-esque quartet in 1997 while still in high school. One part glam rock and one part death metal, the women of Kittie signed with the NG Records-distributed Artemis Records after a stint of playing covers of Nirvana, Silverchair, and even Corey Hart. By the time indie record producer GGGarth had gotten hold of their demo, they had graduated from teen pop to pushing their sound up a notch along the likes of L7 and Godsmack.

When they released their debut album “Spit” the Lander sisters were just 15 and 17 years of age, published on NG/Artemis records. “Spit” was quickly Certified Gold and to date, they have sold well over 1,250,000 units worldwide with 3 Albums and 2 EP’s under their belts. Candler left the band in the winter of 1999 to finish high school and Talena Atfield was selected as the new bassist.

Their debut album and supporting tour earned Kittie coverage in Metal Edge, whose readers voted Morgan Lander for “Female Performer of the Year” and “Spit in Your Eye” for “Home Video of the Year” in the magazine’s 2000 Readers’ Choice Awards. The band was also voted “New Band of the Year,” “Who’s Going to be the Next Big Thing,” and “Most Underrated Band,” earning them a total of five Metal Edge Readers’ Choice Awards that year. Kittie have managed to stand out and be noticed in the very competitive world of Metal. Their incisive brand of music has definitely taken them into uncharted territory. Never before have an all female heavy metal band impacted on such a male dominated genre. Every time they step on stage they make history.

In 2001, Fallon Bowman left Kittie without publicly citing reasons. The album “Oracle” was recorded with Morgan Lander as the sole guitarist. Fallon’s position as guitarist was filled by Jeff Phillips who worked as Kittie‘s guitar technician. In 2002, Talena Atfield left and was replaced on bass by Jennifer Arroyo. In 2004, the group added guitarist Lisa Marx, and Jeff Phillips went to work full-time on his side project, Thine Eyes Bleed. In 2004, Kittie released the album “Until the End”.

Until March 2005, Kittie were signed to Artemis Records but parted ways with the label due to “a proposed amendment to the recording budget for the pending fourth Kittie album.” Problems between the group and record label had been long speculated. In March 2004, Artemis and Kittie came to an out of court settlement over unpaid royalties and eleven breaches of contract by Artemis.

On March 23, 2005, Morgan Lander reported that both Lisa Marx and Jennifer Arroyo had left the band. Jennifer Arroyo‘s split was amicable while Lisa Marx‘s came as a surprise. As with Talena Atfield‘s departure from the band, financial reasons were cited; and in the case of Jennifer Arroyo, the desire to work outside of Kittie full-time was an additional factor. Jennifer Arroyo would go on to join Billy Graziadei of Biohazard to form Suicide City.

In 2005 Kittie added two new members: Tara McLeod on guitar and Trish Doan on bass, who were described as the first “official” band members other than the Lander sisters and early members Atfield and Bowman. 2005 also brought the debut of Morgan and Mercedes Lander’s clothing line, Poisoned Black clothing. Morgan and Mercedes also appeared briefly in the documentaries Metal: A Headbanger’s Journey and Heavy Metal – Louder than Life. On February 7, 2006, Kittie released the “Never Again” EP through Rock Ridge Music. Also in 2006, vocalist Morgan Lander provided vocals on the song “It Turns to Rust”, from the album In the Arms of Devastation, by the Canadian death metal band Kataklysm.

In May 2006 Kittie announced a joint venture to create their own record label, Kiss of Infamy Records, with major label distribution by EMI. The label name was later changed to X of Infamy after a cease-and-desist letter from attorneys representing Kiss Catalog Ltd. (the owner of the intellectual property rights pertaining to the musical group Kiss) alleging that the Kiss of Infamy trademark was “confusingly similar” to their client’s trademark. The band’s fourth studio album “Funeral for Yesterday” was released on February 20, 2007 through their new label. Along with the release of “Funeral for Yesterday”, Morgan Lander announced that Kittie would release a 45 minute-DVD with the CD.

In February 2007, Kittie toured as part of the “Funeral for Yesterday” Tour alongside Walls of Jericho, 36 Crazyfists, Dead To Fall, and In This Moment. The positive feedback and success of the tour encouraged Kittie to extend their tour into May 2007 with Walls of Jericho and In This Moment. In November 2007, Kittie toured Central and South America, including dates in Santiago, Chile and São Paulo, Brazil. During these dates, Ivy Vujic of In The Wake filled in on bass for Trish Doan.

On March 4, 2008, Kittie announced the departure of Trish Doan due to the eating disorder anorexia, which she developed during the recording of “Funeral for Yesterday”. Doan had battled the disorder for nearly two years. Soon after, Ivy Vujic officially became the new bass player. On August 2, 2008, David Lander, father of band members Morgan and Mercedes and the band’s manager, died of a heart attack. Between October 18, 2008 and November 8, 2008, Kittie completed their first European tour in six years. The tour included dates in the Netherlands, England, Wales, Scotland, France, Germany, Austria, Switzerland and Russia.

On 26 June 2009, Kittie announced that they had signed to the E1 Music label. A new album, titled “In the Black”, was released on September 15, 2009. Videos were shot for two singles, “Cut Throat” and “Sorrow I Know”. “Cut Throat” premiered on MTV 2’s Headbangers Ball on September 5, 2009 and on the Canadian show Much Loud on 20 September 2009. “Cut Throat” was also featured on the Saw VI Soundtrack released on October 20, 2009. On September 16, 2009, an announcement was made that German label Massacre Records would distribute “In the Black” in Europe.

In January 2010, Kittie returned to Europe to promote the album “In the Black”. Supporting bands on the tour included It Dies Today and Malefice. This tour included dates in Scotland, England, France, Switzerland, Denmark, Belgium, Germany, Italy and the Netherlands. In a January 27, 2010 interview, Morgan Lander revealed that the band was in talks to film a video for the track “Die My Darling”. In March 2010, Kittie embarked on another North American tour with God Forbid, Periphery and Gwen Stacy as support. From May through June 2010, Kittie took part in the Happy Daze tour headlined by Insane Clown Posse and featuring Coolio, Kottonmouth Kings and Necro.

Kittie participated in the 2010 Thrash and Burn tour through July and August which also Asking Alexandria, Born of Osiris, Evergreen Terrace, Stick to Your Guns, Chelsea Grin, Through the Eyes of the Dead, Impending Doom, Periphery and Greeley Estates. Kittie was the opening act for Devildriver’s North American tour.

On April 11, 2011, Kittie announced they were heading into the studio to record their sixth album. The album, titled “I’ve Failed You”, was released on August 30, 2011. Two videos were released for the songs “We Are The Lamb” and “Empires (Part 2)”. In 2011 Mercedes Lander joined the all girl power pop band The Alcohollys featuring Ex Kittie bassist Tanya Candler On February 13, 2012, Kittie announced that Ivy Vuijic was resigning from the band and that Trish Doan would be returning. 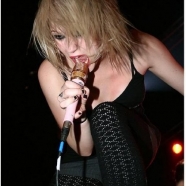 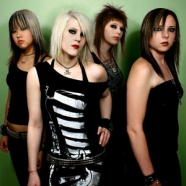 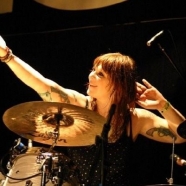 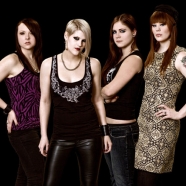 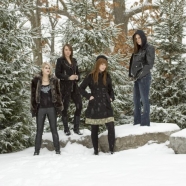 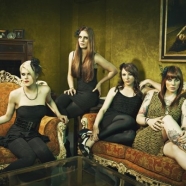 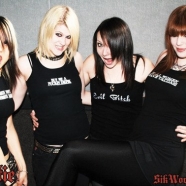 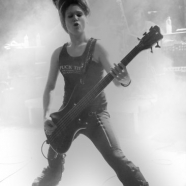 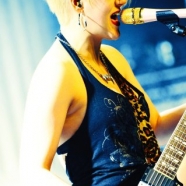 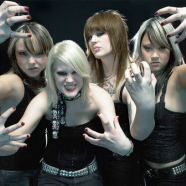 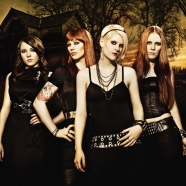 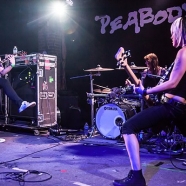 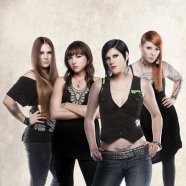 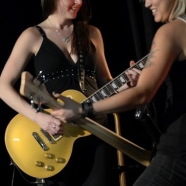 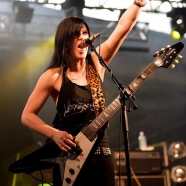 Viagra Oral Jelly Artikel lesen and natural killer cells are our first line of immune defense against cancer. Additionally, Viagra has been used “off-label” for other medical conditions Viagra, such as Raynauds disease (a condition that causes fingers and toes to become cold and numb) and prostate cancer.