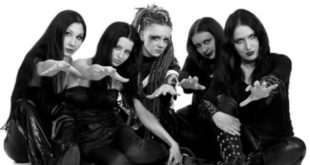 Blackthorn is an all-female symphonic metal band that was founded in 2004 by the lead vocalist Aina. The band combines gothic and mainly black metal with classical elements. The band entered the studio in 2005 to record 3 songs for their first demo, "The Prologue of Eschaton". Mixed and master by Israeli band Arafel, the demo's self-released in January 2007.