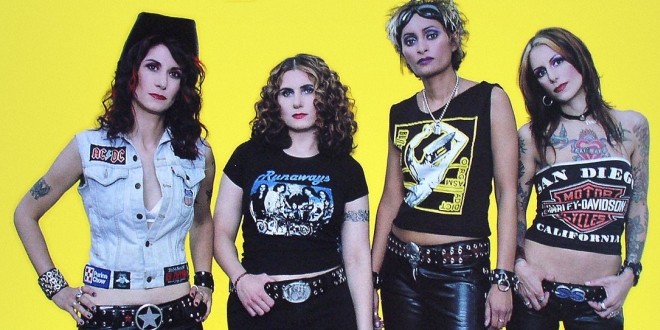 Betty Blowtorch was a high-profile presence in a early 2000 renaissance of the Los Angeles hard-rock scene, joining such acts as Texas Terri & the Stiff Ones and Coyote Shivers in a brigade of playfully raunchy acts that packed clubs such as the Dragonfly and the Garage.

Former Guns N’ Roses member Duff McKagan produced the band’s 1999 debut record, and after the release in May of its first full album, “Are You Man Enough?” on the Los Angeles independent label Foodchain Records, the band had begun to perform nationally.

The Bronx, N.Y.-born band’s leader Bianca Halstead, grew up in Los Angeles, and as a teenager gravitated to the Hollywood rock scene. Her first band was Sin, which included the guitarist Bitch. Both women also played in the group Butt Trumpet, and Halstead later worked with Humble Gods before forming Betty Blowtorch in 1998.

Amid its progress, the band still faced hurdles. Guitarist Needles and drummer Judy Molish abruptly quit the band in the middle of a tour, and replacements–a drummer from Atlanta and guitarist Jennifer Finch of the Los Angeles band L7–were quickly installed.

In 2001, Betty Blowtorch’s six-week tour of U.S. rock clubs was supposed to conclude with a New Year’s Eve show at the legendary Whisky on the Sunset Strip. Instead, it ended early Saturday on a New Orleans-area highway, where Halstead died in a shattered Corvette.

This fatal accident marked the end of the band.

A collection of rarities and live performances was released as Last Call in 2003. They are the focus of Antonia Scarpa’s documentary film, Betty Blowtorch And Her Amazing True Life Adventures.

Blare N. Bitch and Sharon Needles are currently both members of the Los Angeles based band, Psychostar. 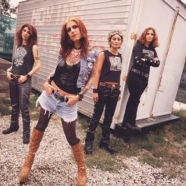 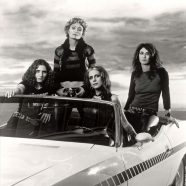 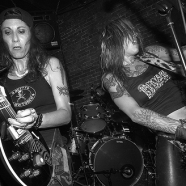 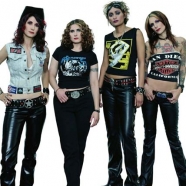 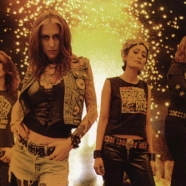 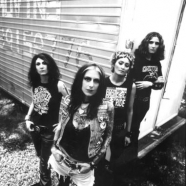