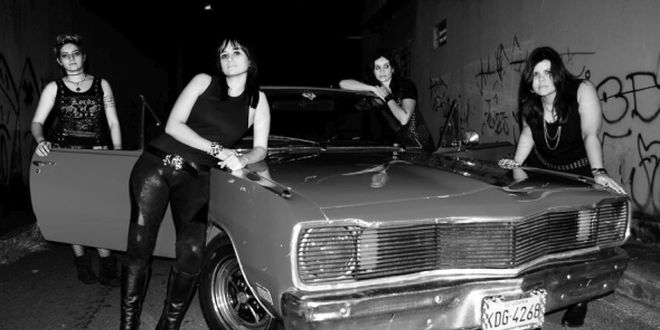 Influenced by bands like L7, Kittie, Crucified Barbara, Danko Jones, The Donnas, AC/DC, Girlschool, Foo Fighters, Metallica and others, they draw attention wherever they go, combining a strong pace and addictive melodies.

The band came together in 2007, but it was in 2010 that it was fully set up, exploring the best in each member. Bullas Attekita (vocals and solo guitar), Julia Stoppa (second guitar), Fernanda Simmnds (bass) and Carol Pasquali (drums) form Girlie Hell.

With the first EP “Shake Your Ass”, released in 2008 by Fosforo Cultural, the band began amid the Brazilian alternative rock scene. In 2011, while recording two singles of the new phase, the four women were surprised with the approval of a project to record the first album by the Municipal Law of Incentive to Culture. The 11 tracks were recorded at Studio Rocklab, produced by Gustavo Vazquez and Luis Maldonalle.

The release of the CD, entitled “Get Hard”, is planned for early 2012, under the label Monstro Discos. So, this year the band plans to travel around the country to show their new songs, in a more ‘girlie’ way and much more ‘hell’. 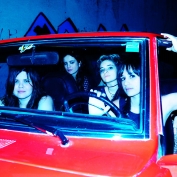 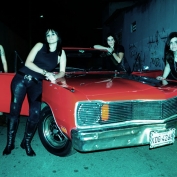 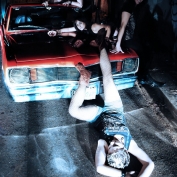 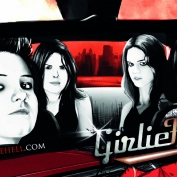