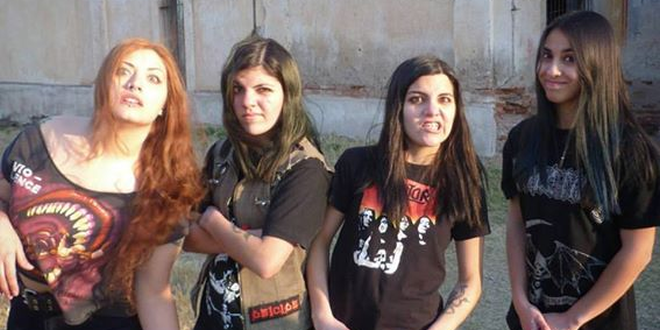 Apofenia is a death thrash metal band from San Luís, Argentina. The band started in November 2015 with an original lineup consiting of four girls and one boy, playing their first show on 16th January 2016.

On the 10th of July they released their first demo called “Peste”, featuring five own songs. The departure in August 2016 of the only male band’s member leaded the band to stay as an all-female metal act.